Marty Waltemyer is a familiar face aboard the Battleship New Jersey Museum and Memorial. He has been a volunteer aboard the ship since before the museum’s opening, and it was primarily because of Marty’s extensive practical experience with USS Iowa-Class big guns, that New Jersey’s main, and secondary, battery restoration was completed so quickly and safely.  It was also very fortunate that Marty only lives 20 miles from the ship… During April and May of 2001, Marty Waltemyer was the supervising “Turret Captain” and driving force that got the massive “buckler” replacement job done.  The “bucklers”  (sometimes called “bloomers”), are the huge black blast bags attached to each gun at the turret face plate.  He was also able to accomplish this major job without access to the shipyard gear normally used for this type of work (ie., heavy duty crane, trained shipyard workers, power tools to work on more than one 16” rifle at a time, etc…)   As you read on, you will soon begin to appreciate how difficult it was.  Marty does admit to once asking if it would be ok to simply “power-up” the turrets, but he was quickly told “just forget it.”    So when it was required, Marty knew how to simply raise each rifle manually from 5 Degrees of elevation to 30 Degrees of elevation by using 2 large wrenches.

During the early 1980’s when President Ronald Reagan was asking for a 600 ship Navy, all four USS Iowa-class battleships were taken out of mothballs and re-activated for duty.   During this restoration time, and for the next 7 years, Marty Waltemyer was employed as a weapons technician, and helped to return all of the Iowa-class main battery turrets, back to full operation.   Over this long period, Marty performed the job aboard USS Iowa, USS New Jersey, USS Missouri and USSWisconsin in Long Beach, California, and in Pascagoula, Mississippi.

His extensive battleship turret experience also included the conducting of “Dynamic Accuracy” tests on all 48 hydraulic power drives for the four USS Iowa-class battleships.  These are the drives which operate, and train, the mammoth battleship’s turrets weighing more than 1,900 tons each.

So when Marty called the Home Port Alliance office and asked if he could help, his unique expertise was quickly recognized and welcomed.   Marty was given the assignment of supervising and restoring the heavy rubberized “bucklers” back on to all nine of the 16” rifles aboard Battleship New Jersey…

As the volunteer members of the  turret crew recall walking around the 02 deck level during that cold January of 2001, we all had to navigate around nine huge mounds of heavy, (and frozen hard) “buckler” bags lying on the deck.

According to Marty, “these bucklers are each made of 3 ply rubberized fabric, and I guess that each one weighs about 500 pounds… maybe more.”

The heavy steel clamping bands with their thick nuts and bolts, were stored inside the turrets, and you could not help but notice that many of the bolt threads were more than a bit rusty.

The photo shown here, was taken on January 31, 2001 and shows the volunteer crew beginning the removal of sheet metal covers that were welded on at the base of each rifle.   Each of these covers had to be removed for the bucklers to be replaced.   When the ship was last de-commissioned in February 1991, and the bucklers removed, these sheet metal covers were welded on to protect against water entering the ship. Removing these sheet metal covers required power grinders, chisels, 9 pound sledge hammers, heavy duty electric snips, and crowbars.    Over that 2 month period from the beginning of April 2001 to the end of May, many a volunteer often headed home with aching forearms, and a new band-aid or two.
Over the past few weeks, we asked Marty to share the details of what was needed for him to complete this important part of the Battleship New Jerseyrestoration for The Jerseyman.   In Marty’s own words, the following is what was needed to reinstall these nine 16″ Bucklers…

“After we finished removing the sheet metal cover from the left, port rifle of Turret #1 (the first barrel we worked on,) we were ready to install the buckler.  But first we had already dragged all the bucklers down from the 02 level, and about 5 or 6 men lifted them just over the muzzle of each gun. Then to facilitate the buckler installation, we decided to raise the barrel, and drag it down the 68 foot rifle length by pulling on lines we had attached to the fiber buckler rings when they were draped over the muzzle.  So the job of manually elevating each barrel was next.
First we had to close each Breech Plug which had been left open from the ship’s final De-commissioning in 1991.  The Powder Hoist Upper Doors were left open too.  We also had to close these.  Then we needed to find heavy line, a 2-ton chain hoist, heavy lumber, a hydraulic jack with 20 inch travel, and shackles.   Most of the gear was found aboard ship, but some equipment was also brought in from their homes by our volunteers.
Hydraulic fluid was present in all piping which operated the Powder Hoist Doors, so when we proceed to close each door, hydraulic fluid leaked into the gun pit, and there were pools of glycerine and water already on the deck.   So we also had to take time to clean that up.
Each 1,800 pound breech plug and carrier could only be closed about 80 percent with the chain hoist, so we had to rig a custom wooden frame, and use the hydraulic jack to jack the breech plug completely closed and locked.  This was a very dangerous part of the job too… and you could hear the lumber creaking.   We then used the chain hoist to close each Powder Hoist door.  Now we were ready to elevate the barrel.  I decided to elevate the barrel to 30 Degrees and this would assist us in dragging the buckler bag down the barrel.  The 30 Degree elevation also assisted us in securing the buckler to the turret’s front gun port.

To elevate each rifle by hand, we used a 36” pipe wrench and used it to turn the B-end response shaft, and a 28” pipe wrench to hold the shaft stationary so that no drift would occur.   We had men in the gun pit, at the top of the gun room near the projectile loading cradle, at the turret deck hatch, and on the side of the turret in sight of the rifles.   Then we would call out and relay the elevation movement of the rifle back and forth.   It took about an hour to elevate each barrel, but the combined job of closing the breech plug and then elevating each rifle took about 4 hours on each gun.  Sometimes even more.

Raising the bucklers over the expansion tubes, and attaching them to the turret face was extremely tough.  The expansion tubes had to be secured to the buckler with plastic tie wraps or line, and securing the tube to the turret, while at the same time pulling the heavy buckler into position for bolting…  it was very hard to do (nine different times) even when using the chain hoist.  We then secured each buckler under the clamping bands on the face of the turret with bolts, and secured the opposite end to the slide collar which holds the barrel.  Then we could tighten the clamping band with bolts.  A lot of WD-40 and grease was used for this job.” “I think today, that all the men who helped, can take special pride in having accomplished a very dangerous job.  On Turrets 2 and 3, we even had to work with scaffolding  – a very dangerous proposition even for young men…  and these were not young men.  Young in spirit yes, but not very young in years.

After the Bucklers were installed, we then painted them with black spray paint.  But the very last job was to make sure that each barrel was synchronized at a precise 5 Degrees of elevation.  When looking at Turret 3, I was told by the crew that each barrel was in alignment, but one barrel did not appear correct.  We went down to the elevation indicator for a dial reading, and sure enough, it was wrong by 30’ minutes.  So we again manned our stations and turned the B-end response shaft to align that barrel at an exact 2300 minutes.
Now that we had all breech plugs closed, the Curatorial department decided that we  needed to have the center barrel breeches open on all three turrets, so the visiting public could see how 16” projectiles, and their 6 required powder bags were loaded into the guns.   So again, the crew rigged our chain hoist and cables and completed the job, and we also lowered the cradle and spanning tray.   By now we were all getting pretty good at it.” (Story courtesy of The Jerseyman.) 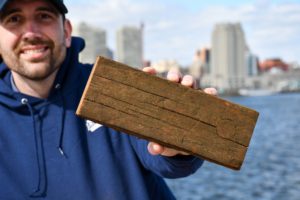 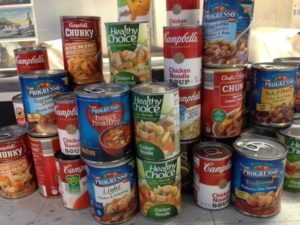 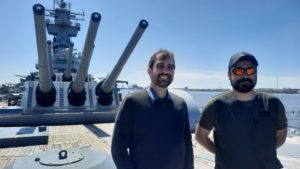 The Battleship offers specific days for home school groups to experience a tour of the World’s Greatest Battleship.  The next scheduled Home School Day is April 22. Home School groups can also schedule a tour … Continued

Congrats to the winners of #nfcchampionship ! Go @philadelphiaeagles !!! Going to the #superbowlliv II  The @BattleshipNJ will stay lit green for a few more weeks! #gobirds #flyeaglesfly

Congrats to the winners of #nfcchampionship ! Go @philadelphiaeagles !!! Going to the #superbowlliv II  The @BattleshipNJ will stay lit green for a few more weeks! #gobirds #flyeaglesfly ...

The @battleshipnj is looking forward to more weeks of being lit green. Go #eagles #gobirds #flyeaglesfly

The @battleshipnj is looking forward to more weeks of being lit green. Go #eagles #gobirds #flyeaglesfly ...

Track a tomahawk missile launch in the Combat Engagement Center, part of the interior tour of our nation’s largest battleship. The @battleshipnj , on the Camden Waterfront, NJ is open for tours on ...

Track a tomahawk missile launch in the Combat Engagement Center, part of the interior tour of our nation’s largest battleship. The @battleshipnj , on the Camden Waterfront, NJ is open for tours on Saturday & Sunday, 10am to 4pm ...