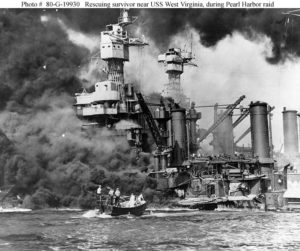 “Each year we gather to honor those who served and lost their lives at Pearl Harbor on the fateful day that threw the U.S. into World War II,” said Freeholder Bill Moen. “The Freeholder Board invites all county residents to the Battleship to reflect on the contributions of the men and women, past and present, who have faithfully served our nation.”

The event is free and open to the public. Free parking is available. 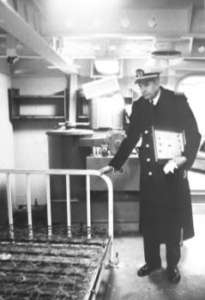 On December 17, 1969, Captain Robert Peniston decommissioned the Battleship New Jersey for the third time. At the time, the New Jersey was the only active battleship in the world and many feared that there would  never be more battleships again. New Jersey and her crew had been off the coast of Vietnam only a few months before this decommissioning and many credit the ship for saving American lives on shore.
At the decommissioning ceremony, Captain Peniston said farewell to a ship that meant so much to so many, “Rest well, yet sleep lightly, and hear the call, if again sounded, to provide ‘Firepower for Freedom.”
A reenactment of Peniston’s speech as well as some words from the ship’s curator will take place on Tuesday, Dec. 17 on the Forecastle at 11:00. Free with Museum Admission.
Read more
Tags: Vietnam War
Mar
28
Sat
The USS New Jersey: An Illustrated History Presentation To Be Rescheduled @ Lewes Public Library
Tickets
Mar 28 @ 1:00 pm – 2:30 pm 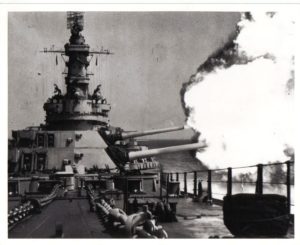 The presentation, “The USS New Jersey: An Illustrated History,” by Capt. Walt Urban Jr., USNR (Ret.), at the Lewes, DE, Library, originally scheduled for Saturday, March 28 at 1pm, has been cancelled due to the coronavirus threat.  A new date will be published in the future.
Read more
Tags: WWII
Dec
7
Mon
Pearl Harbor Day Commemoration Virtual Ceremony @ Battleship New Jersey
Tickets
Dec 7 @ 10:00 am – 11:00 am

The Battleship will culminate the virtual Pearl Harbor Day Commemoration ceremony with the casting of a memorial wreath onto the Delaware River, the firing of the ship’s saluting gun and the performance of TAPS by volunteer bugler Nan LaCorte on Dec. 7. The Battleship is once again joining forces with Camden and Gloucester counties, who will broadcast a virtual ceremony, which can be seen at10am on Monday, Dec. 7 at:
:https://www.camdencounty.com/event/pearl-harbor-day-commemoration-2/
Veterans and Rutgers-Camden students Josh Redlich (US Army) , the Rutgers Camden Male Veteran of the Year, and Leslie Demark (Officer of Military & Veterans Affairs). 2019 Rutgers-Camden Female Veteran of the Year, will cast the memorial wreath onto the Delaware River.
The wreath casting can be seen at approximately 10:30am on Monday, Dec. 7 on Facebook Live at www.facebook.com/battleshipnj
Read more
Tags: Pearl Harbor
October 2019 – December 2020 Oct 2019 – Dec 2020
Subscribe to filtered calendar