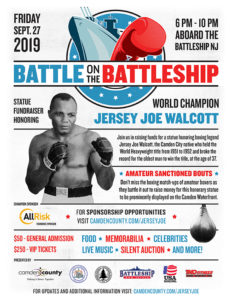 Veterans can meet over 30 employees on the historic fantail (tented rear deck) of the Battleship! Free lunch for all applicants! Free parking in Lot #1, across from the BB&T Pavilion. Use the Clinton St. entrance. We’ll also provide free shuttle service to take you from the parking lot to the Battleship Pier.

Job seekers can register at www.delawarevalleyveterans.com