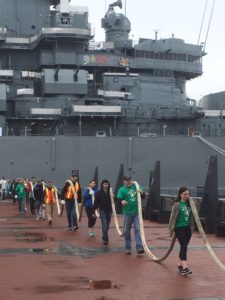 Employees from Comcast offices in the Philadelphia area will spend Friday, April 20 at the Battleship — not to take a tour, but rather to volunteer to paint, chip, clean, landscape, and more on and around the ship.
Last year, several hundred Comcast employees helped the Battleship with several projects, including moving the mooring lines off the pier.
The board, staff and volunteers of the Battleship salutes and thanks all Comcast employees for volunteering to help the Big J!
Read more
Tags: Comcast
Jun
10
Sun
Captain Quack Rubber Duck Race for the Battleship @ Wiggins Park Marina
Tickets
Jun 10 @ 12:00 pm – 1:00 pm 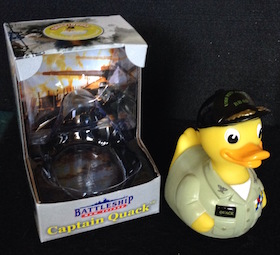